here at The Forgotten Cask

The Forgotten Cask.
We are so all about rum, we even named ourselves after one!

We are all about Rum! We have scoured far and wide to bring you the biggest and most impressive range of rums. All we ask is that you make sure to try something new!

A Brief History of rum

During the 17th century in the Caribbean, sugar farming was widespread and a major source of income.

There was one issue; once the sugar cane which was harvested was boiled, it would leave a viscous liquid by-product. This by-product was molasses.

Eventually, someone figured out that mixing the molasses with liquid skimmed off the cane juice, and fermenting it created a starting point for distillation – and the liquor that this distillation produced became known as Rum.

Always do sober what you said you would do drunk. That will teach you to keep your mouth shut.

English Styled Rums are mostly distilled in the English speaking parts of the Caribbean, Pacific and Australia. These rums are made with molasses, a byproduct of sugar production that makes a lot of these rums a heavier and darker drink. Although the rum making process changes from island to island, most of these rums are made in copper stills and generally have a sweeter and complex flavour even when they are not aged. Our list gives you an incredible sample of the different sub styles with Jamaica, Barbados and St Lucia all creating their distinct style.

When I read about the evils of drinking – I stop reading.

Like the noble Brandy back in the Old World, when the Spanish came to the New World they brought with them a style that was fruity and full of berry and currant flavours. Most Spanish styled ron (rum) uses a technique called Solera, which is the blending of aged and young rums together giving a more consistent flavour from batch to batch. The Spanish style also includes both column and pot stills and when aged the ron takes on many of the characteristics of the barrels they were in. Our Spanish rons come from all over Latin America and you will not be disappointed.

It takes me one drink to get me drunk. The trouble is, I can’t remember if it’s the thirteenth or fourteenth.

French Styled rum, known as Rhum Argicole, and Brazilian styled rum, known as Cachaça, is made from fermented sugar cane juice unlike molasses based rums. This process creates a far more floral style of drink that takes on the interior of the regions that these rhums grow in. Rhum and Cachaça is by far the rarest to get in these parts of the world and thus there are fewer to sample. The list we have created gives a great overview of the major regions of French Rhum in French Speaking Caribbean and the Indian Ocean and Cachaça from Brazil. 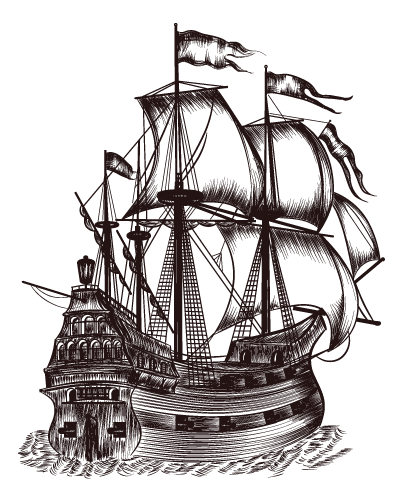 I drink to make other people more interesting.

When rum started to take off back in the 1700’s, rum distillers did not have the processes down to the fine art it is today and in order to mask the ‘spoiled’ batches they added many different spices and fruits to be able to sell them to an unsuspecting public. Today, the spiced rum is one of the largest growing spirit category in the world with many different styles and tastes mixing with all different types of English, Spanish and French styled rums. Below is some of the best and most unique selections the rum world has to offer.

The Forgotten Cask © 2017-2021. All Rights Reserved. Site by Sydney IT Solutions